SEEDS TRANSFERRED TO THE WHITE SCREEN

Iva Natura Organic Cosmetics, a short film contest organized for the social responsibility project was found worthy of the awards of Van Lake, the tonic for the skin, peeling from the Salt Lake, and anti-aging creams from the undead.

The first prize was given to ’Yayla with Mehmet Öztürk, Çağatay Çelikbaş with ay Saklı Cennet and Berceste‘ with Anıl Can Uğuz.  Lisinia a and Yiğit Erkol and ’Şifacı Ana ve, Durdu Kemal Ulun won the honorable mention. The special award of the jury was ‘Mavi Pusula’ with Evrim İnci.

Mimar Sinan Fine Arts University, Şebnem Schaefer and Orhan Bozkurt hosted the award ceremony at the Sami Şekeroğlu Cinema and TV Center Hall. General Manager and Chairman of the organizing committee of the competition Levent Kahrıman; documentary, graphic animation, experimental, fiction, and many different short films in different areas such as participating in the process of pre-selection said. 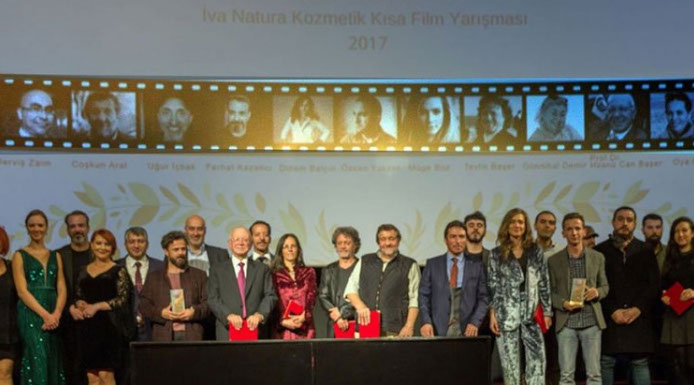